Exploring the human condition via 3d6 is a row

Note: This article assumes that you are somewhat familiar with Dungeons and Dragon as well as with the hero's journey monomyth.

Today I wish to ramble against the corruption of the greatest masterpiece of French absurdist philosophy created in the 20th century. Oddly enough, this masterpiece was not the work of WW2 era french philosophers, but of a middle-aged nerd from Illinois by the name of Gary Gygax.

The one thing that puts "old school" DnD most at odds with modern variants, I think, is character creation.

Characters were created by rolling 3d6, 6 times, in a row, then they got assigned to abilities one by one.

To give an example, for those unfamiliar and still reading. Let's say you have 3 things that define a character:

Then, the order in which you rolled would be assigned, so you'd come out as someone that's intelligence=11, perserverence=5, charisma=13

In modern RPGs the process is closer to rolling 5d6, taking the best 3,

Then assigning them as one will, so I could have my perseverance be 17, or my intelligence, or my charisma.

The process is there to make sure that the player gets to play an above-average character that is constructed to fit their fantasy.

Furthermore, the game masters of modern games are encouraged to hand-tailor encounters to their players. If the characters are dumb and unperceptive, it would be cruel to throw them against an impassible murder mystery. If they are physically powerful, it's fine to throw a lot of physically intimidating adversaries at them. Not too many, just enough to give the possibility of loss, but have it be so remote as to never actually happen, make the ods 1 in 1000.

The player characters are "Gods", not in the sense that they are all-powerful, but in the sense that the universe revolves around them. They basically cannot die, death is a rare and remarkable event, something that might happen once in years of playing. They cannot face foes that are beyond their ability to defeat, nor will they often fail at the tasks they set upon, they will just be met with challenges and setbacks.

This is in sharp contrast with the original versions and playstyles for DnD, where lady fate controlled everything. 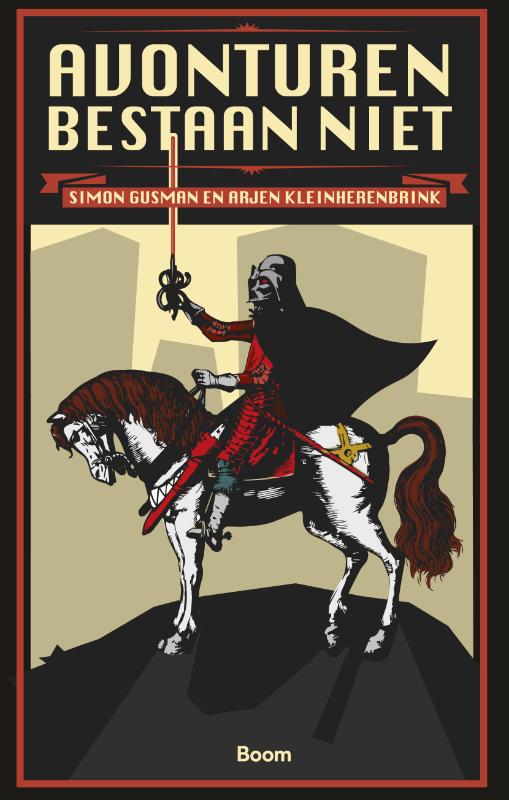 One thing I liked about "old school" RPGs is that they break the pattern behind heroic stories. They are meant to drive at the idea of a band of friends embarking upon a heroic adventure... until the moments the dice come out the wrong way. Then it's death, scrambling, abandoning your friends, forsaking your ethical code, and ultimately an inevitable death.

That's not to say all games ended in death, but a lot of them did or were at least plagued by death. To have a character that survived for 20 games might have been a rare occurrence, rather than a guarantee.

Modern RPG, however, are hand made stories of facing adversities and succeeding. I'm sure not all GMs consciously model their plots upon the hero's journey, but most of them seem to reach some sub-par version of it in one way or another. After all, it's a monomyth for a reason.

In an ideal 1st edition DnD game, the person running the game would be as unwitting as the player regarding what lies one step ahead. The world would be constructed by sheer chance, based on the will of the dice. Will the guard you are about to pickpocket hold the key you need? 1/10 chance they do. How much money does the bandit warlord have? 3d10 golden coins. Will the fall break your legs and leave you unable to lead a normal life? Roll above 5 on a 10 sided dice and it might.

And finally, death was a great equalizer. Players and "other characters" were on similar terms regarding death. If you got hit hard enough, well, you died, much like your enemy would. Yes, there was a chance you might live and be incapacitated, but not a particularly large one, the same one that your enemy had.

In modern RPGs, however, death is guarded against by many walls. Mechanisms ranging from negative HP to 3, 5, or however many "death saving throws" made at odds so favorable their results almost become nonconsequential.

The hero's journey monomyth is not necessarily healthy, it's made for another world, one more brutal and much less understood than ours. It's a potentially toxic construct that places all responsibility on the individual rather than the environment.

Your friend didn't help you? Guess you didn't manage to make true friends.

You were too dumb to pass the test? Well gosh, I guess you aren't the chosen one after all.

Femur got shattered in a car accident and your dreams of being a professional sportballer are now ash? Can't help you with that, a true hero would go on a journey and find a foundation of restoration.

That's pretty much life, it doesn't fit the hero's monomyth, neither externally nor even internally.

Most people don't battle mental illness to come out on top, not only recovered but even better. Most people's minds slowly degrade as they age, any conditions they might have had when young usually accentuate.

Whatever drugs they take to help them cause horrible side effects and leave them lacking in other areas, whatever treatments worked get worst as they age. Schizophrenia and BPD might get better as people age, but only to be replaced by dementia, Alzheimer, and Parkinson's.

And most risky attempts at success are just that, risky attempts. 99.999% of musicians don't even get to the "realizing their lives of fame, birds and coke are meaningless and going to India to find themselves", they are left practicing for long years with nothing to show for it, concerts at local bars, touring around nearby cities with a cover band, growing old and becoming bittered and entranced in a dying genre of music, considering suicide when they see how easily a kid with a machine can produce sounds that took them decades to master.

Old school RPGs are a perfect foil to the heroic myth.

It is a testament to their prowess that a DnD 2nd edition game set in a land of elves, dwarves, empires, and hidden magical artifacts... is more reflective of real-life than any modern-day novel one might pick up from a shelf. Not "reflective" in the surface level aesthetics, but rather in the internal mechanisms that lead the world, the random chance that dictates winners and losers, happiness and suffering, life and death.

The very chance contained within them is what makes them realistic, the fact that one must learn to enjoy a character that didn't come out perfect or a story that ended with the players failing a perception check and falling into a crevasse.

The "realism" here is of a kind that we could use more of, in a world where personal agency is being slowly reduced, a world with more people and fewer resources, one where most of us, for better or worst, will not be heroes.

Our lives are much better understood as complex absurdist tragedies, driven by nothing else but chance, or at most by the seemingly arbitrary cacophony of machinations of 8 billion other people living their own meaningless tales.

Which is not to say there is no beauty to be found in life, for there is. I won't go into the subject matter here, because others have done it better justice. But before we find that beauty, we must realize what life isn't, and this process is influenced by the kind of game we play, the kind of stories we tell.

The original game of Dungeons and Dragon is an excellent example of storytelling catching up to the modern world. Of a kind of story that doesn't prime our brains to suffer when faced with the reality of life, or to maddingly search for patterns that, if they ever existed, have been gone for a long time.

It is not the only example of such, I believe games like Dark Souls also do a good job at this, telling a story marked by failure and uncertainty, where "victory" is just the same cycle starting anew. A story that is fun because of the challenge, because of the unforeseen, because of the beautifully sad aesthetic appeal of an ancient and dying world, and because success tastes best when it is seldom and unexpectedly encountered.

However, I am saddened by what I perceive to be a corruption of Dungeons and Dragons, a rushed attempt to make a few pennies of the game by making it more popular, which might have forever ruined table tops role-playing for the vast majority of people.

We had a shining hope for modern storytelling, something so novel and fun that could shatter the old and useless monomyth. Help new generations grow up with stories that more closely matched the workings of reality. But in the end, it got succumbed and melded with the myth, it became just a way to tell the story of the hero's journey.

But, alas, I guess this shouldn't sadden me, after all, it would have been foolish to expect a single good idea could shine through unhindered and change a world dictated by randomness and inertia.